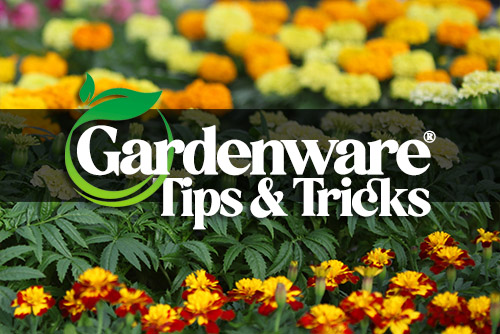 Nursery Management Magazine’s newsletter for Sept 3 carries an article stating that in June 14 million Americans scanned QR codes.  I don’t know how the statistics are compiled but the claim is that over 60% are likely to be male in the age group of 18-34 years of age and over 36% with an income of $100,000 or more.  Click here  for the entire, very short but informative, article.

For those of you who don’t yet know, a typical QR code (Quick Response code) looks like this:

With a Smart Phone and a QR app (see below), the user can snap, or photograph, the QR code and “something” will happen.  If the QR code is on a product label, the user will generally be taken to a mobile friendly web page with information about the product.  (The above QR code will take you to a Gardenware introductory video.)  If you have been to Home Depot lately, you might have noticed that almost all the products in their garden centers have QR codes on the labels.  QR codes can bring up a company website, display a photo, show a video, dial a telephone number or take most any other action available on a Smart Phone.  When snapped, the QR codes are bookmarked.  A customer could snap a number of plant QR codes then recall and go over the information at home to do their planning and make informed decisions on purchases.  There has been a great deal of QR buzz lately in trade journals, blogs, newsletters, etc.

Being in the label business, we figured we should be on top of things if possible.  We do offer waterproof, weather tough labels on which QR codes may be printed.

Last month we exhibited at the Farwest Show in Portland.  As a test of interest, we displayed sheets of the QR codes and, when it seemed appropriate, we asked visitors to our booth if they were aware of, or planned to use QR codes in their business.  I don’t believe that any of the attendees we talked with knew what the QR codes were for.  Some were aware of them and noted seeing them around.  Others didn’t recall seeing them.  We were surprised at the lack of awareness.

Toyota invented QR codes the ‘90s as a method of auto part ID and tracking.  They have allowed it to be used at no charge.

Producing “finger friendly” websites (ones specifically designed for mobile devices) requires attention to some specific details that web designers haven’t had to consider in the past.  “Normal” websites, while accessible by smartphones, are often not particularly easy to use and could create more frustration than satisfaction for many customers.  So, while the “front end” of creating and using QRs is very simple, making the target of the code appealing and useful deserves some thought and planning.

It could be a major project to produce web pages for the products you would like to feature for your customers who have smartphones.  It’s hard to say whether this gateway to information will flower or fade but indications are that the smartphone adaption is about to explode.

If you want to try producing codes yourself (to target your website, a YouTube video, etc.) you can start with the free generator found here.  There are likely many similar utilities out there. This one steps you through the process very simply and easily and was used to generate the code shown above.  You download the resulting code as an image file, then reduce it if needed and insert it into whatever document, sign, web page, etc., that you wish.

Which app you pick for your QR reading will be a matter of personal preference and (of course) the platform you’re using.  We’ve tried a few, and none have had any real problem “pinging” codes, but what happens after can vary considerably.  For iPhone users, the QRafter app requires an extra couple of taps to get to the reading screen, but it does an especially good job of playing target videos as they were intended to be shown.  Another app called QRReader is even more straightforward (it sometimes reads a code as soon as the app opens), but it’s less flexible in terms of viewing videos and some other targets.  Both are free.  We’re sure that there are Android users will likely have similar choices with different names.

Just to add a little confusion to the issue, Microsoft developed the Tag system to accomplish similar tasks to the newer applications of QR codes.  The MS system is more colorful and seemingly less restrictive in terms of design, but we have serious doubts about its long-term applicability in outdoor applications.  The basic Tag format incorporates all three of the process-printing primary colors (yellow, magenta, cyan) as well as black.  All colors are subject to fading in sunlight, but using laser toners with little-to-no mixing is just an invitation to inaccuracies in reading, in our view.

If you wish more information, have more information or wish to comment feel free to respond.  If you wish you may give Scott a call at Gardenware (after September 19!).  He’ll be glad to share what he has learned so far.  503-717-9295.